What 2019 Has in Store for You, Based on Your Chinese Zodiac Sign

Will the year of the Earth Dog be your year to shine? Or does it spell disaster? 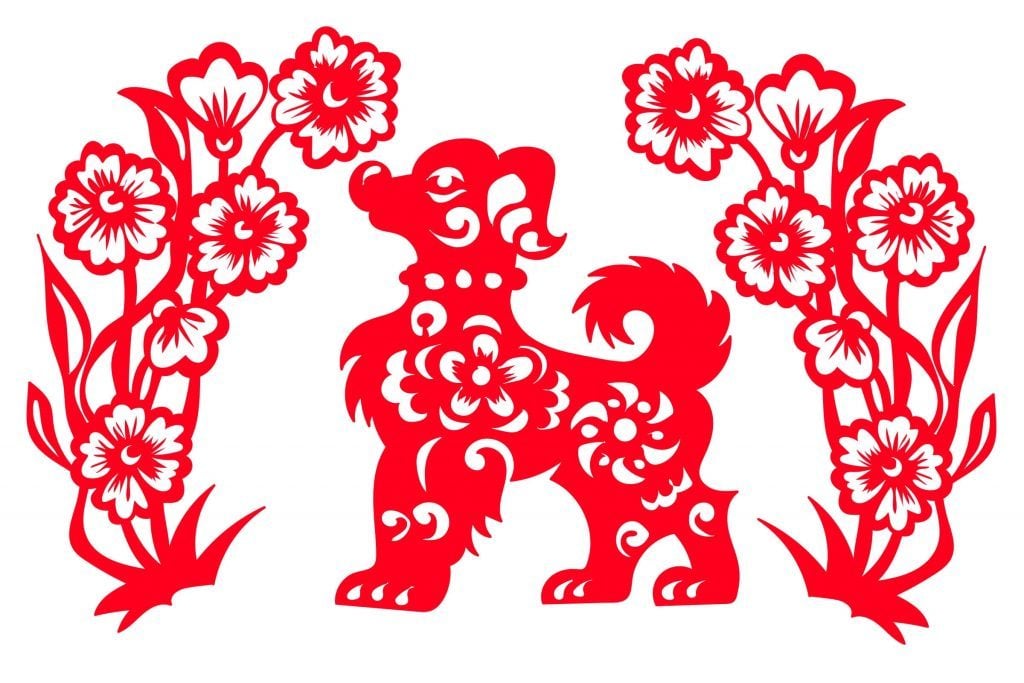 The Chinese zodiac works on a 12-year rotation, with each animal sign getting their own year. Your sign is based on the year in which you were born. (Want to know your biggest career strength, according to your Western zodiac sign? Here you go.) However, what many people don’t realize is that your animal sign is only part of the story: There’s an element attached to you as well; metal, water, wood, fire or earth. “In Western astrology,” says Chinese astrology expert and Tai Chi master Sharon Smith, “we have the planets, we have the houses. In Chinese astrology, they have something they call the four pillars.

The four pillars give you an indication of the elemental balance of your life. It takes basically 60 years to go through a complete cycle in Chinese astrology because you have the five elements, and you have the 12 animals and every animal goes through every element.” The year of 2019 happens to be the year of the Earth Dog, which will mean greater stability and a greater sense of being grounded. The year of the Earth Dog is great news for some signs, but not all. According to Smith, “The animals that are going to have the most trouble are dragon, sheep (or goat), and rooster. The ones that are most compatible with dog energy would be the tiger, the rabbit, and the horse.” 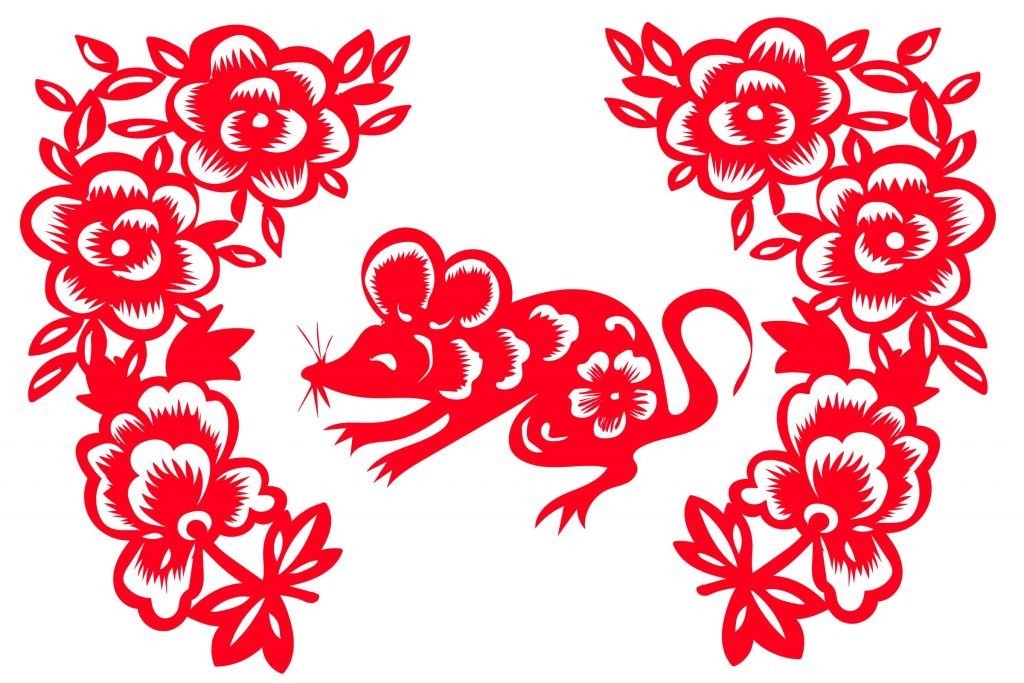 People under the rat sign will be forced to think about changing their ways in 2019. In order to get by, they will have to re-examine their values and how they relate to others. “Rats are very clannish,” Smith says. “They keep to themselves, and they are very psychologically shrewd. The dog isn’t like that. The dog is upfront and honest, so the dog is going to teach the rat something about how to relate to people in a more straightforward way.” Looking at it in a positive light, this might be the year that Rats learns to come out of their proverbial shell. However, Rats may also struggle and feel a lot of tension in their relationships. These are the Western zodiac signs that should never, ever date each other. 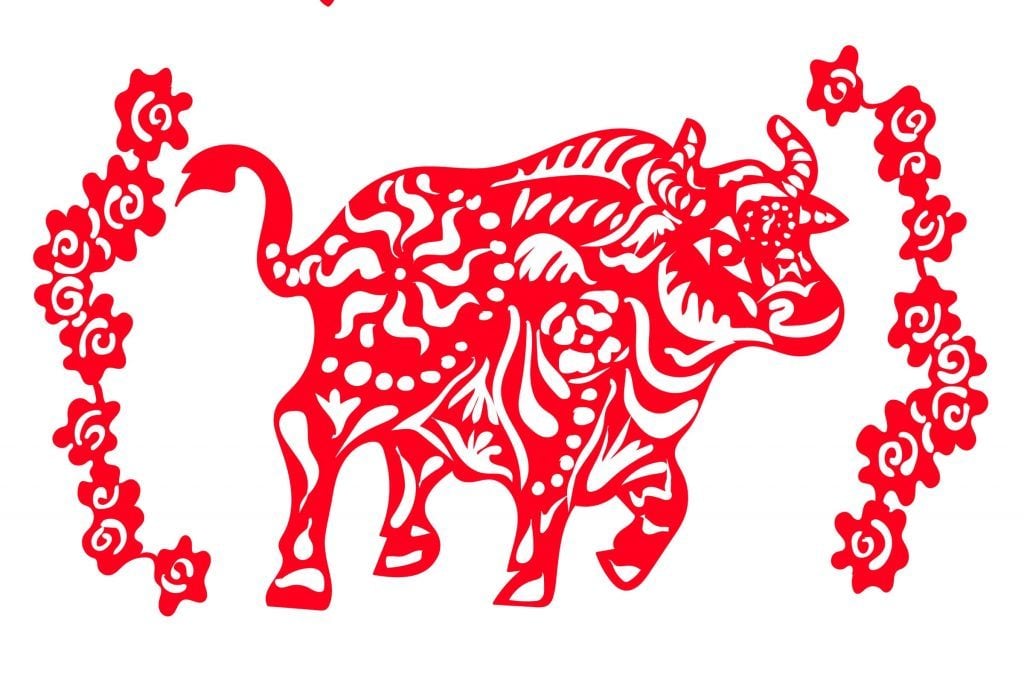 The Ox will benefit from the year of the Earth Dog. “Oxen are really hard workers,” Smith says. However: “They have anxiety about a lot of things.” The Ox’s hardworking and persistent nature is something that the Dog respects and sympathizes with. While the Oxen are usually strong and sturdy, they can sometimes falter in their convictions and second guess themselves. “But the Dog can protect the Ox and keep the Ox on track,” Smith adds. After all, various breeds of dogs have been brought up specifically to guard livestock and farms. In terms of symbolism, this means that even though your new year may throw some obstacles your way, you will no doubt be able to keep yourself resolute. Want to know which dog breed is most compatible with your sign? 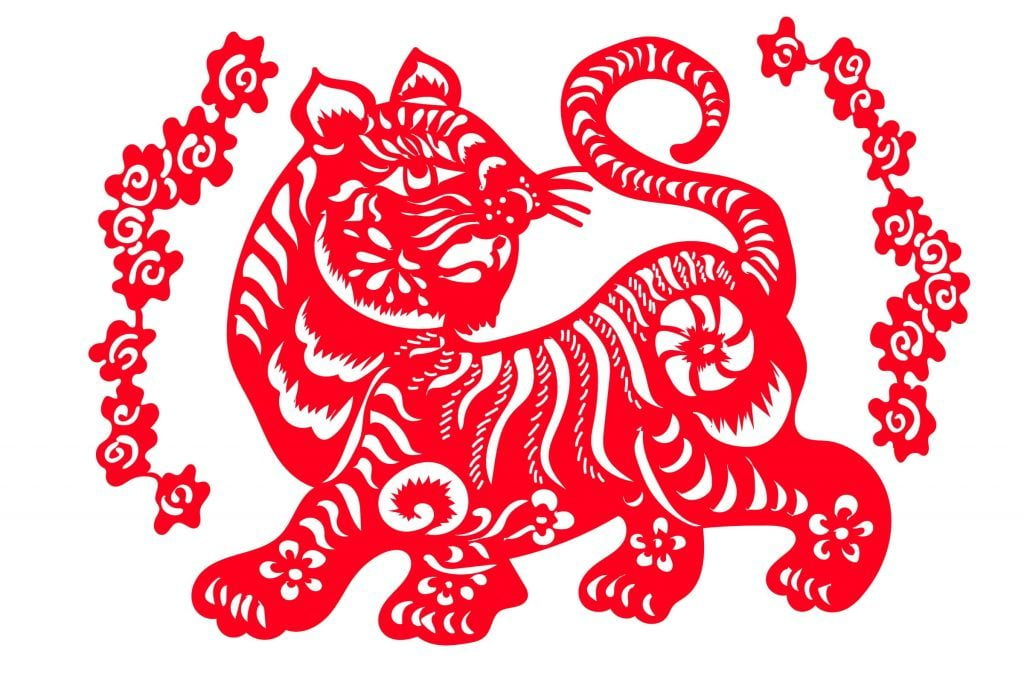 As previously mentioned, the Tiger is one of the signs that will succeed the most in 2019. Those under the Tiger sign will find that their ambitions will be rewarded in the new year. “The Tiger is going to have an opportunity to connect with high level people,” Smith says. “It’s a really good year of success and prosperity for Tigers. They do well in the Dog year.” Bolstered by their innate sense of confidence, Tigers will see a lot of exciting opportunities come their way and will immediately pounce on them. 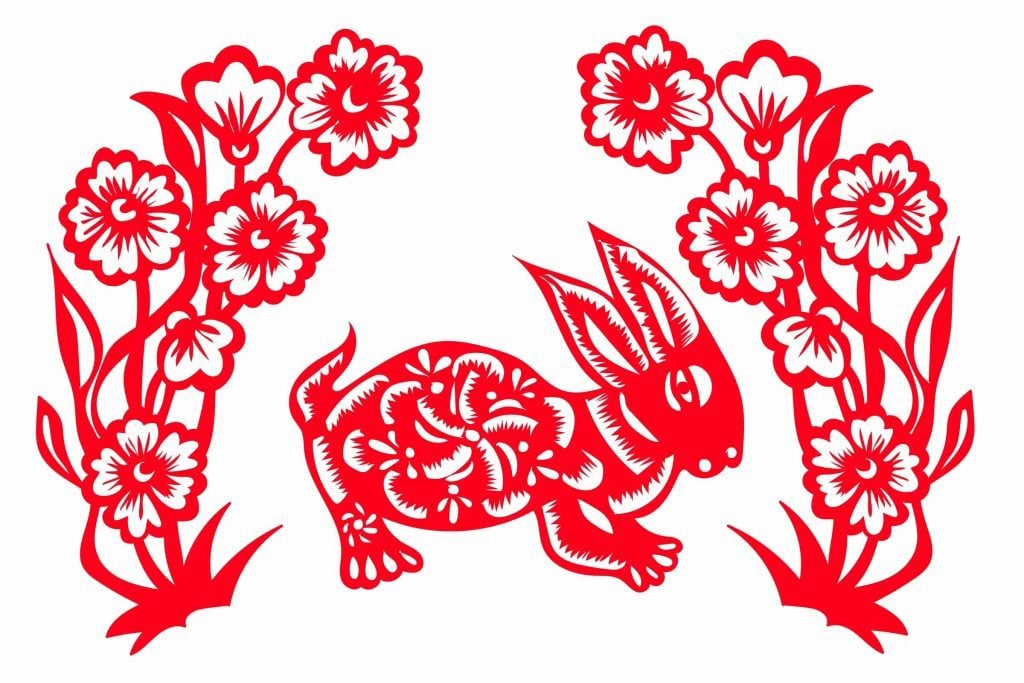 Last year—2017—was the year of the Fire Rooster. It was very hectic, fast-paced, and explosive, which really threatened and brought bad luck to Rabbits. The year of the Earth Dog is essentially the exact opposite. “The Rabbit is in a pretty good place because it’s a safer experience for a Rabbit in a Dog year,” Smith says. Even though, in reality, dogs hunt rabbits, rabbits are always quick enough and clever enough to escape. This fact of life translates into the prevailing theme that will mark the 2019 Chinese zodiac for Rabbits. Even if difficult situations present themselves, the Rabbit will be able to maneuver around those poor circumstances and create great luck and success. (Or, at the very least, they will find themselves unharmed.) Find out what numerology says are the luckiest days of the year. 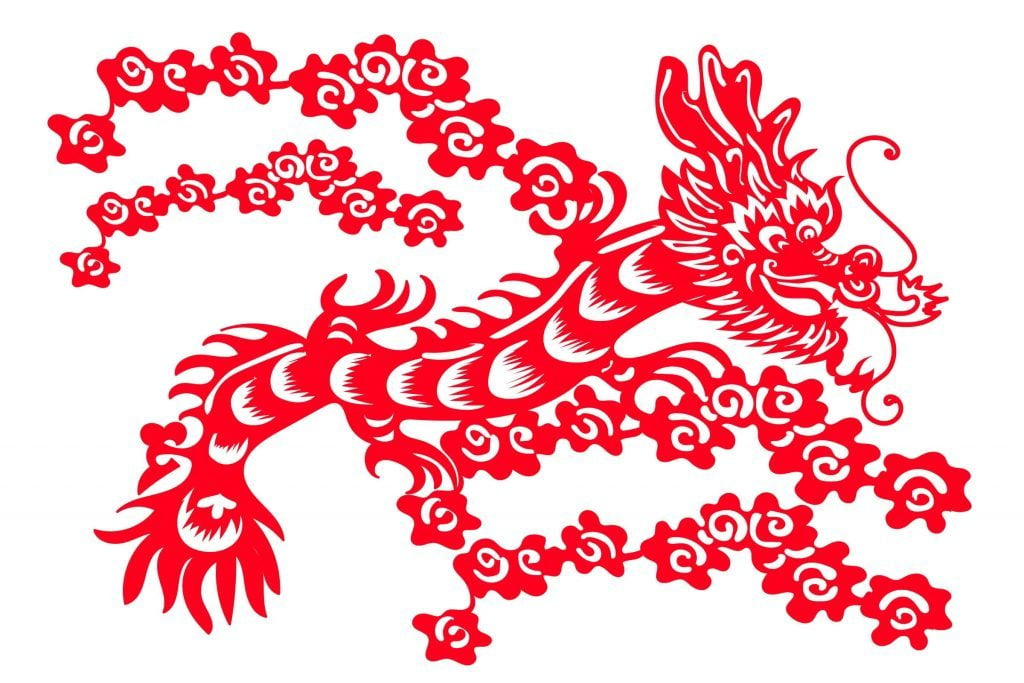 Dragons are all about spectacle. They love grandiosity and crave attention. Unfortunately for them, the Dog doesn’t care. “Dragons are very dazzling and creative, and they’re very good at performing,” Smith says, “but dogs aren’t impressed by things like that. The Dragon might not get a lot of satisfaction this year because the Dog year is not about that kind of display.” In short, 2019 will be an extremely humbling year for the Dragon. They won’t get the accolades they so desperately want and will fly under the radar. Dragons may very well get frustrated and upset when they don’t get the acknowledgment they think they deserve, either at work or at home. “Dragons will do better if they work behind the scenes and not be involved in confrontation,” Smith concludes. 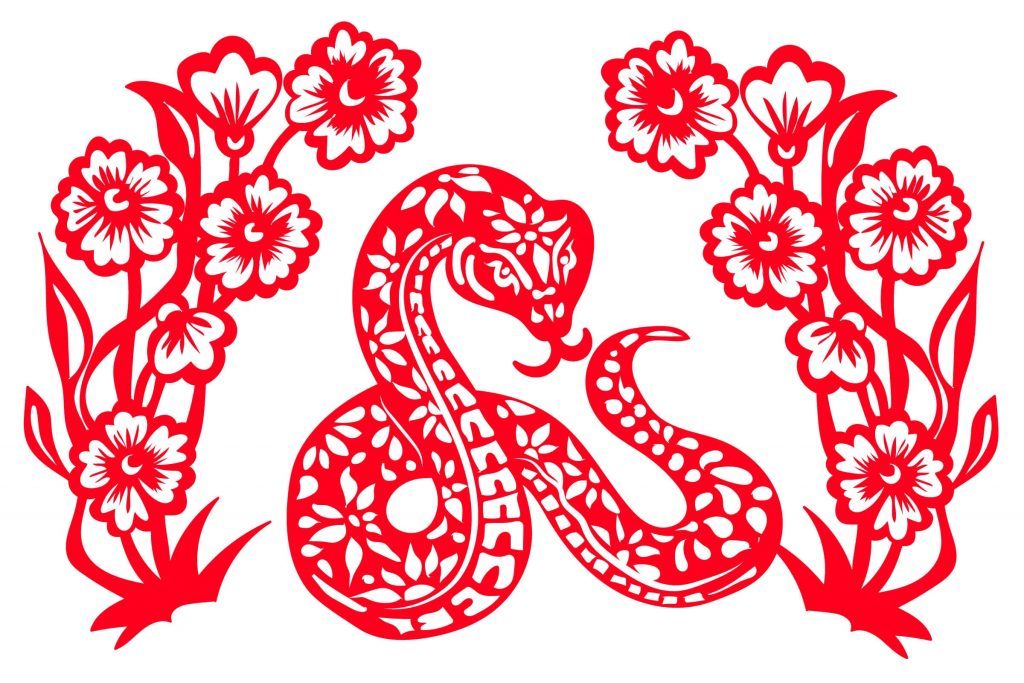 Snakes are marked by a strong penchant for doing things on their own. They aren’t team players; rather, they tend to only look after me, myself, and I. This characteristic strongly clashes with the Dog, as Dogs love to collaborate and socialize. Dogs thrive the most when they feel a sense of community. Since these two signs are very much at odds, it will be a rough year for the Snake. “The Dog year wants us to have high ethics and ideals,” Smith explains, “and both the Snake and the Rat want to keep a low profile and live by their own rules. The Snake needs to get with the Dog’s idea of loyalty and cooperation and not just feel like they can go off and do their own thing.” It would behoove the Snake to improve their people skills and to not let their pride win out. 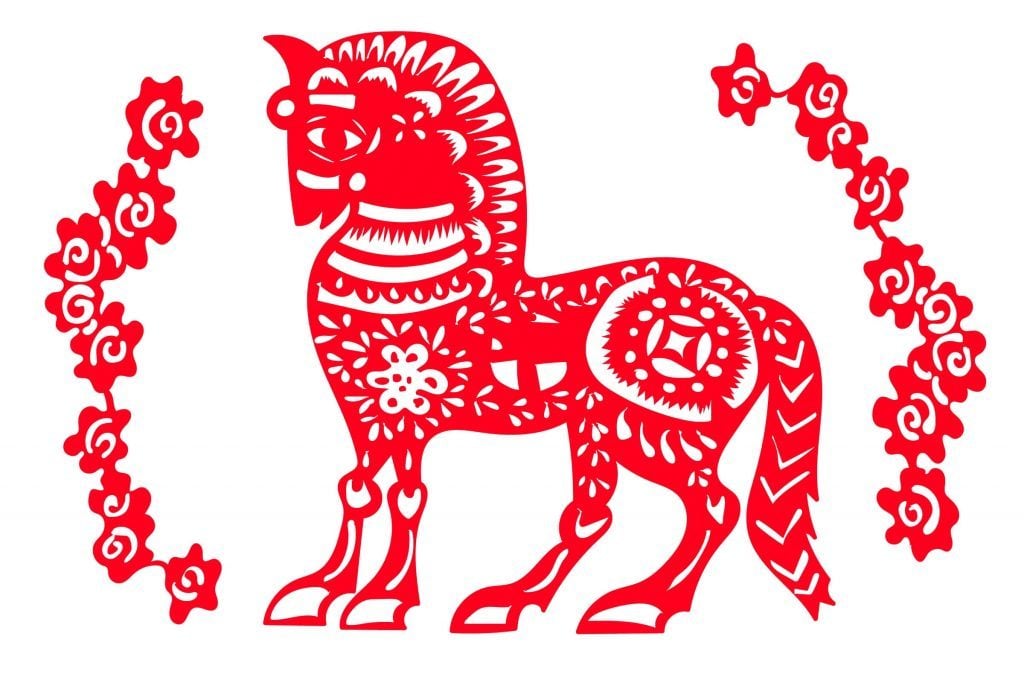 The Dog and the Horse are extremely compatible signs. According to Smith, “They’re both animals that humans like and so they have that in common, that they’re a part of the human landscape. So a Horse likes the Dog year because there is cause for celebration for the Horse, professionally and personally.” Because they have like values and personality traits, Horses will thrive in the year of 2019. Still, there is one potential problem that could get in the way of total happiness for the Horse: “The Horse is more of a Fire element creature,” Smith says, “so [2019] might be a little boring [for them].” Horses like to engage in exciting activities, but the Dog, especially the Earth Dog, is much more subdued. The most challenging thing a Horse will face in 2019 is a little bit of boredom. 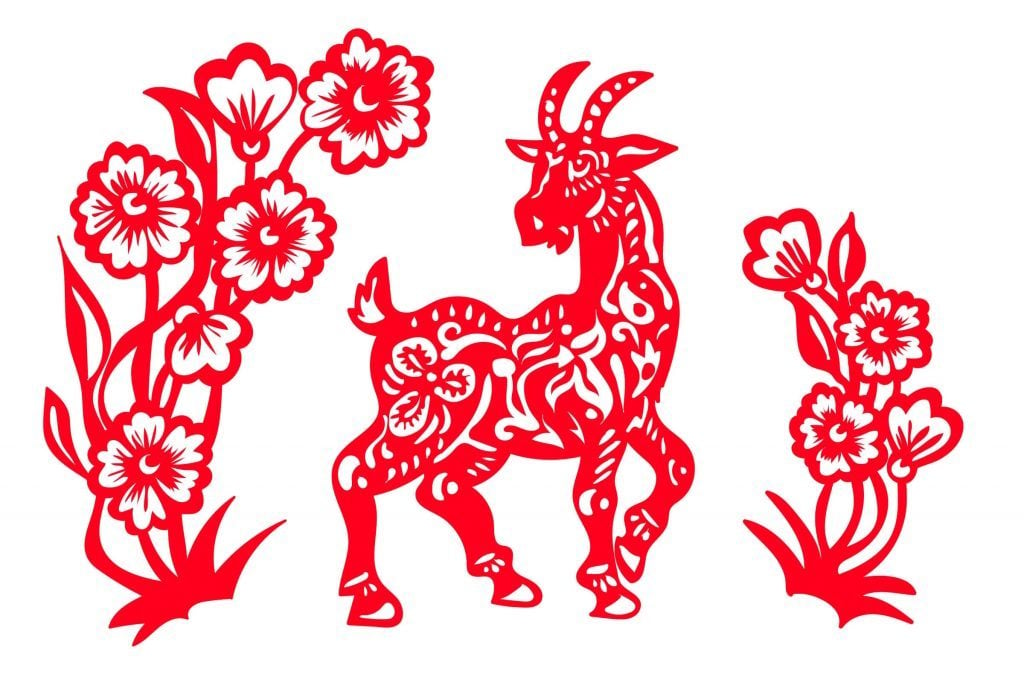 The year of 2019 will see the Goat, also known as the Sheep, acting very irritable. Smith explains, “The dog’s job, usually, is to keep the sheep in line. Sheep don’t really like that.” At work and at home, these people will feel as if virtually every move they make is being judged. There will be certain limits or restrictions imposed on this sign in 2019, which will aggravate them intensely. “They’re going to feel like everybody is on their case, asking them to do things, and they’re just going to have to buckle down and let that happen.” The best advice for this sign is to try to calm down, learn some patience, and make the best of what they’ve got. 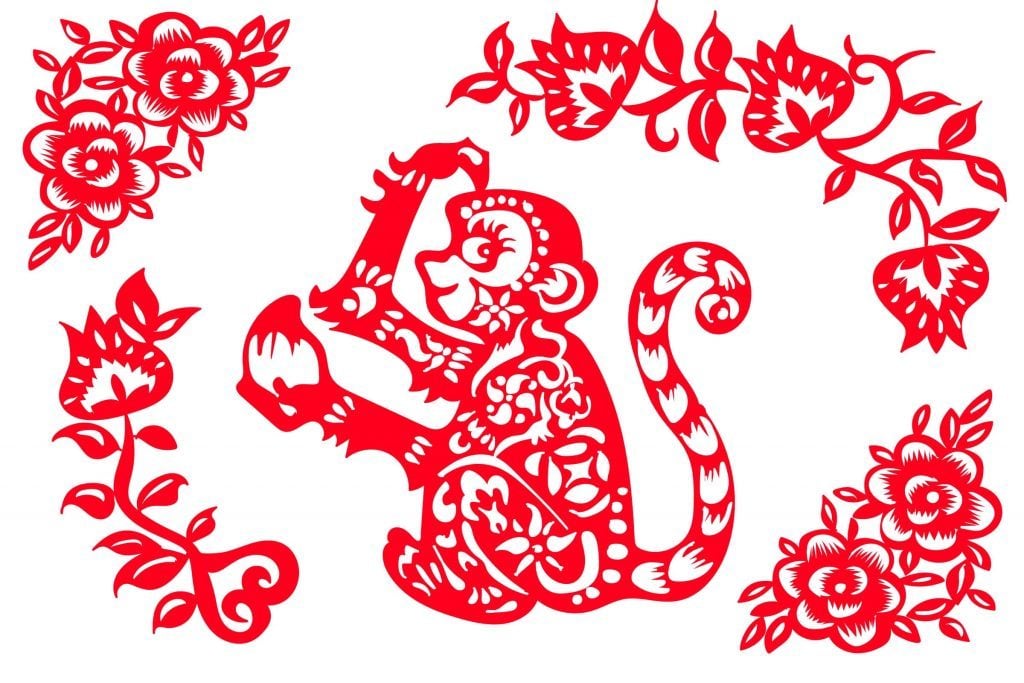 Monkeys will run into problems similar to the Horse in 2019. Monkeys are fun, excitable, and sometimes mischievous characters. The Earth Dog doesn’t have much time for nonsense. “Monkeys love trouble and like to play the role of the instigator,” Smith says. “It’s not that kind of a year for the Monkey. Monkey will feel nourished by the Dog year, but Monkeys will not be able to engage in the kind of ‘monkey business’ that they like.” The year of 2019 will bring the Monkey back down to earth and urges them to take things a bit more seriously. This is the year that you really have to pay full attention to your responsibilities, and not indulge in risk or luxury. If you’re not careful, you will get yourself into a lot of trouble—and not the fun kind.