Here Follow These Trendy 17 quotes about life, love and depression

Søren Kierkegaard, 19th century author, poet and philosopher, is considered to be one of the first existentialists. Some even regard him as the Father of Existentialism. He has influenced the works of Friedrich Nietzsche, Martin Heidigger, Jean-Pau Sartre, and others.

The Danish theologian’s work is most centered on God and the Christian faith. However, even until now, his work continues to influence both theistic and atheistic philosophers.

With a certain flavor for words combined by his social criticism, his writings confounded even the wisest minds of his time.

Here are 70 of the best Søren Kierkegaard quotes that are still uncannily relatable, even to this day and age. 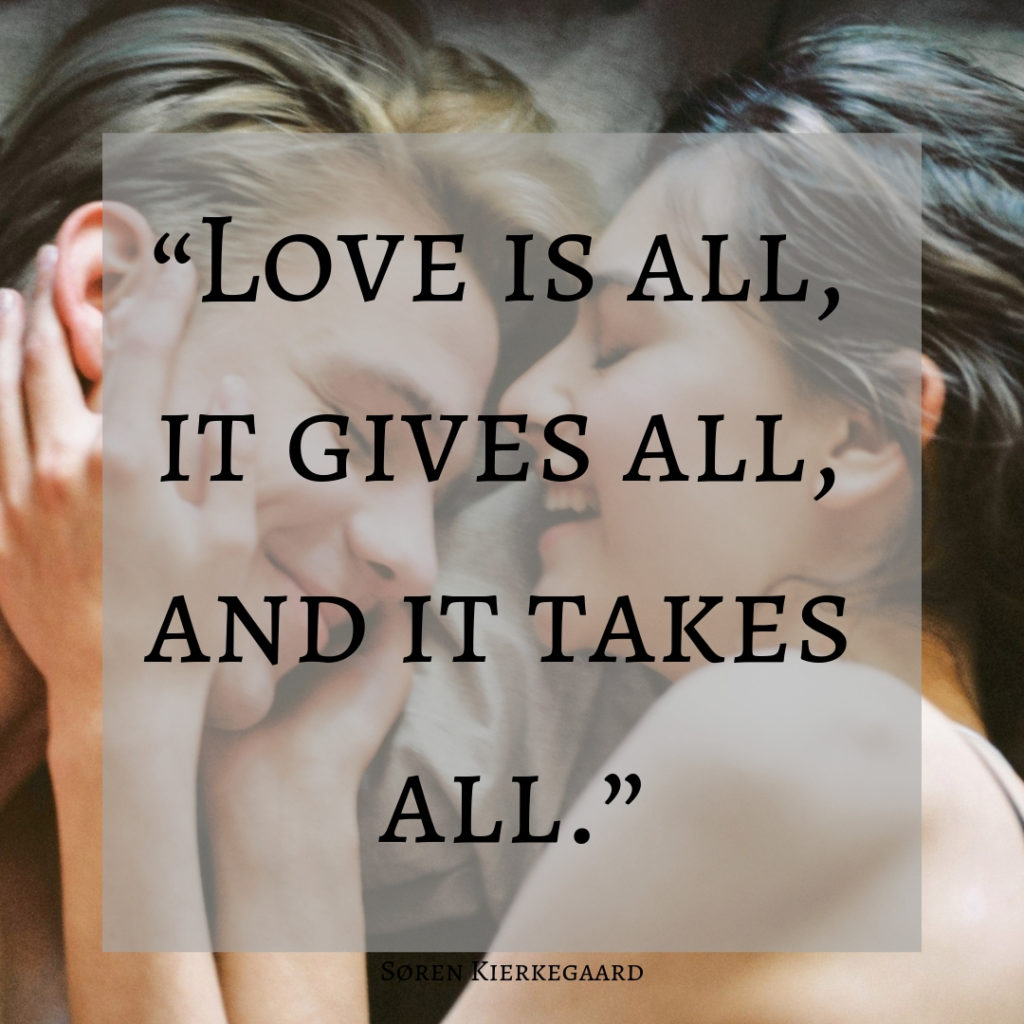 “Most men pursue pleasure with such breathless haste that they hurry past it.”

“Don’t forget to love yourself.”

“Purity of heart is to will one thing.”

“Marriage brings one into fatal connection with custom and tradition, and traditions and customs are like the wind and the weather, altogether incalculable.”

“Just as in earthly life lovers long for the moment when they are able to breathe forth their love for each other, to let their souls blend in a soft whisper, so the mystic longs for the moment in prayer he can, as it were, creep into God.”

“Love is the expression of the one who loves, not of the one who is loved. Those who think they can love only the people they prefer do not love at all. Love discovers truths about individuals that others cannot see.”

“To cheat oneself out of love is the most terrible deception; it is an eternal loss for which there is no reparation, either in time or in eternity.”

“The most painful state of being is remembering the future, particularly one you’ll never have.” 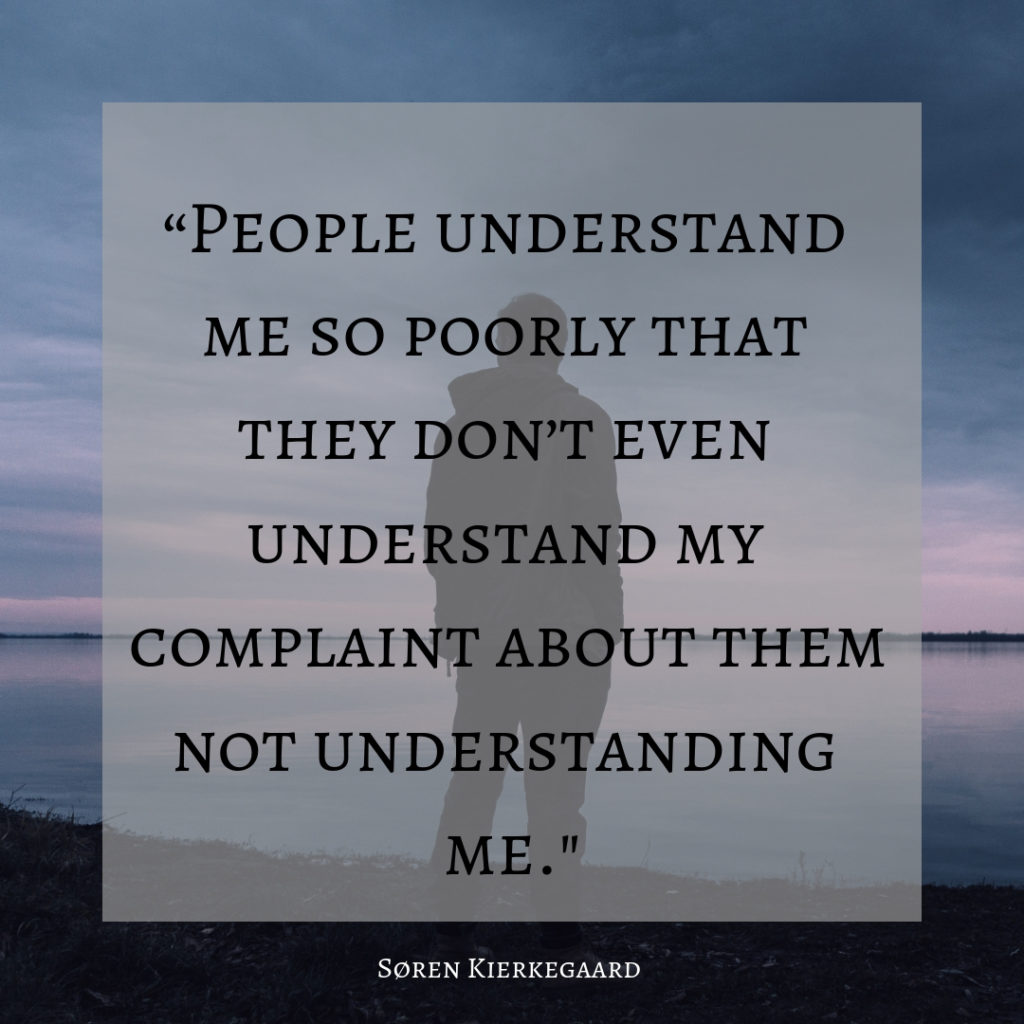 “People understand me so poorly that they don’t even understand my complaint about them not understanding me.”

“What is a poet? An unhappy person who conceals profound anguish in his heart but whose lips are so formed that he sighs and cries pass over them they sound like beautiful music.”

“It belongs to the imperfection of everything human that man can only attain his desire by passing through its opposite.”

“Since my earliest childhood a barb of sorrow has lodged in my heart. As long as it stays I am ironic if it is pulled out I shall die.”

“The greatest hazard of all, losing one’s self can occur very quietly in the world, as if it were nothing at all. No other loss can occur so quietly; any other loss – an arm, a leg, five dollars, a wife, etc – is sure to be noticed.”

“In addition to my other numerous acquaintances, I have one more intimate confidant… My depression is the most faithful mistress I have known – no wonder, then, that I return the love.”

“Anxiety is the dizziness of freedom.”

Kierkegaard on Faith and Religion 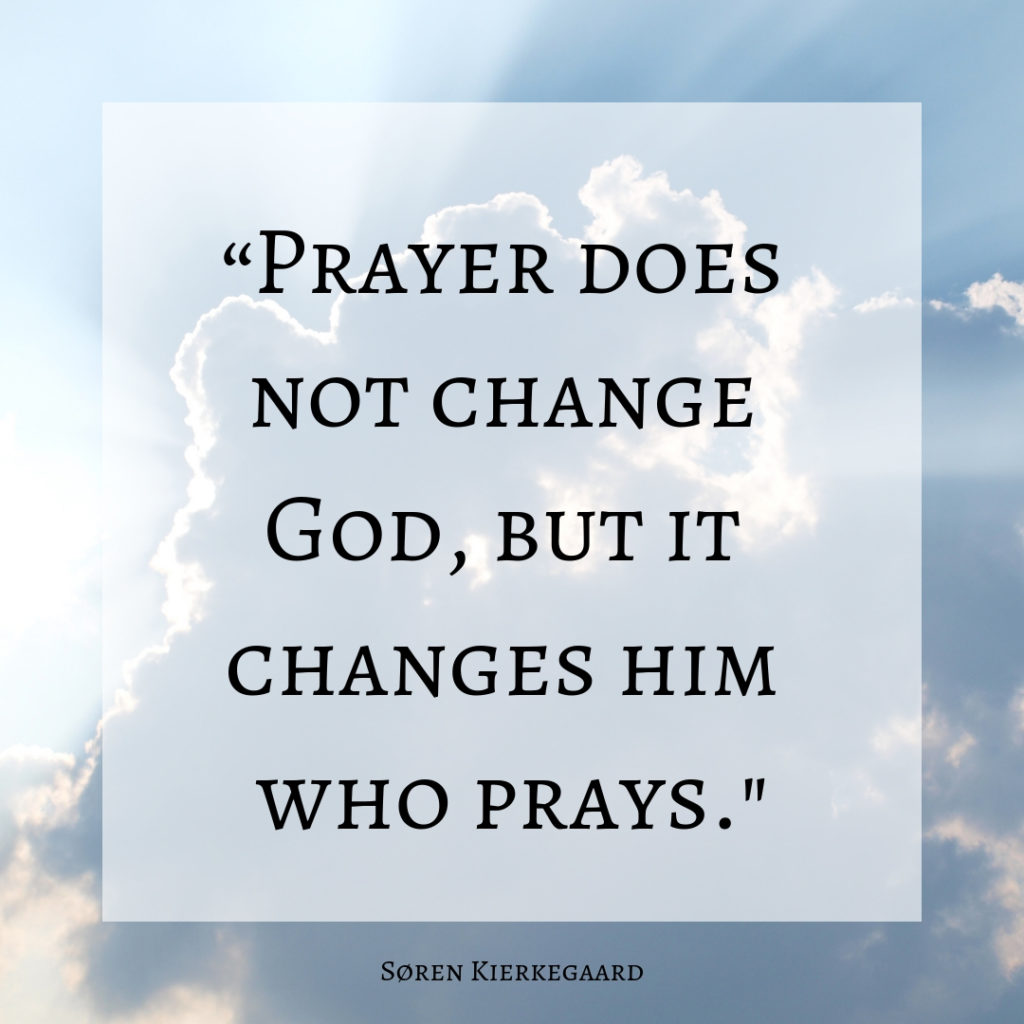 “Prayer does not change God, but it changes him who prays.”

“The function of prayer is not to influence God but rather to change the nature of the one who prays.”

“God creates out of nothing. Wonderful you say. Yes, to be sure, but he does what is still more wonderful: he makes saints out of sinners.”

“Since boredom advances and boredom is the root of all evil, no wonder then, that the world goes backwards, that evil spreads. This can be traced back to the very beginning of the world. The gods were bored; therefore they created human beings.”

“If I am capable of grasping God objectively, I do not believe, but precisely because I cannot do this I must believe.”

“Faith is the highest passion in a human being. Many in every generation may not come that far, but none comes further.”

“The Bible is very easy to understand. But we Christians are a bunch of scheming swindlers. We pretend to be unable to understand it because we know very well that the minute we understand, we are obliged to act accordingly.”

“The proud person always wants to do the right thing, the great thing. But because he wants to do it in his own strength, he is fighting not with man, but with God.” 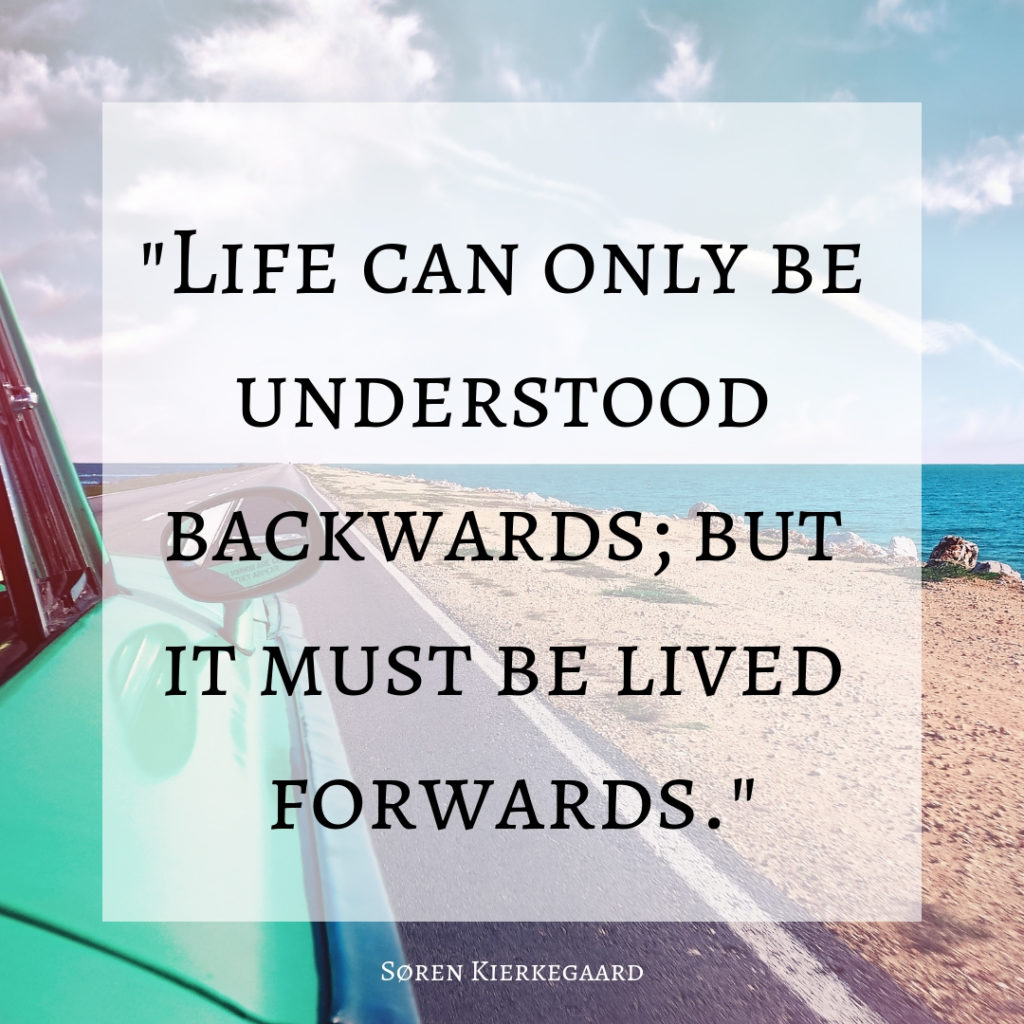 “Life can only be understood backwards; but it must be lived forwards.”

“Our life always expresses the result of our dominant thoughts.”

“Life is not a problem to be solved, but a reality to be experienced.”

“I see it all perfectly; there are two possible situations – one can either do this or that. My honest opinion and my friendly advice is this; do it or do not do it – you will regret both.”

Reality check: Once you learn these 8 harsh realities of life, you’ll be much stronger

“The highest and most beautiful things in life are not to be heard about, nor read about, nor seen but, if one will, are to be lived.”

“Life has its own hidden forces which you can only discover by living.”

“People commonly travel the world over to see rivers and mountains, new stars, garish birds, freak fish, grotesque breeds of human; they fall into an animal stupor that gapes at existence and they think they have seen something.”

“Listen to the cry of  a woman in labor at the hour of giving birth – look at the dying man’s struggle at his last extremity, and then tell me whether something that begins and ends thus could be intended for enjoyment.”

“There are, as is known, insects that die in the moment of fertilization. So it is with all joy: life’s highest, most splendid moment of enjoyment is accompanied by death.”

“The more a man can forget, the greater the number of metamorphoses which his life can undergo: the more he can remember, the more divine his life becomes.”

“Old age realizes the dreams of the youth: look at Dean Swift; in his youth he built an asylum for the insane, in his old age he himself was an inmate.”

“Once can advise comfortably from a safe port.”

“Trouble is the common denominator of the living. It is the great equalizer.” 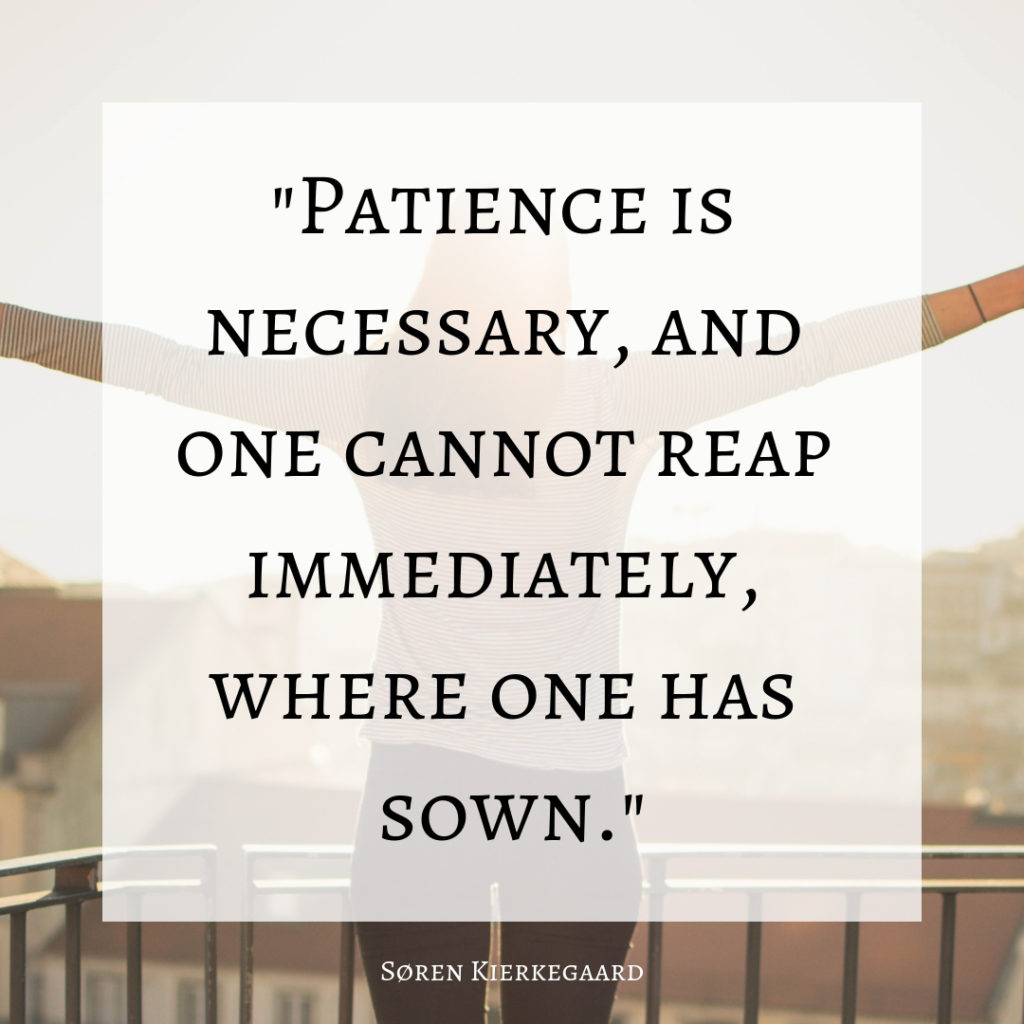 “Patience is necessary, and one cannot reap immediately, where one has sown.”

“There is nothing with which every man is so afraid as getting to know how enormously much he is capable of doing and becoming.”

“During the first period of a man’s life the greatest danger is not to take the risk.”

“It is essential, in relationships and all tasks, that we concentrate only on what is most significant and important.”

“If anyone on the verge of actions should judge himself according to the outcome, he would never begin.” 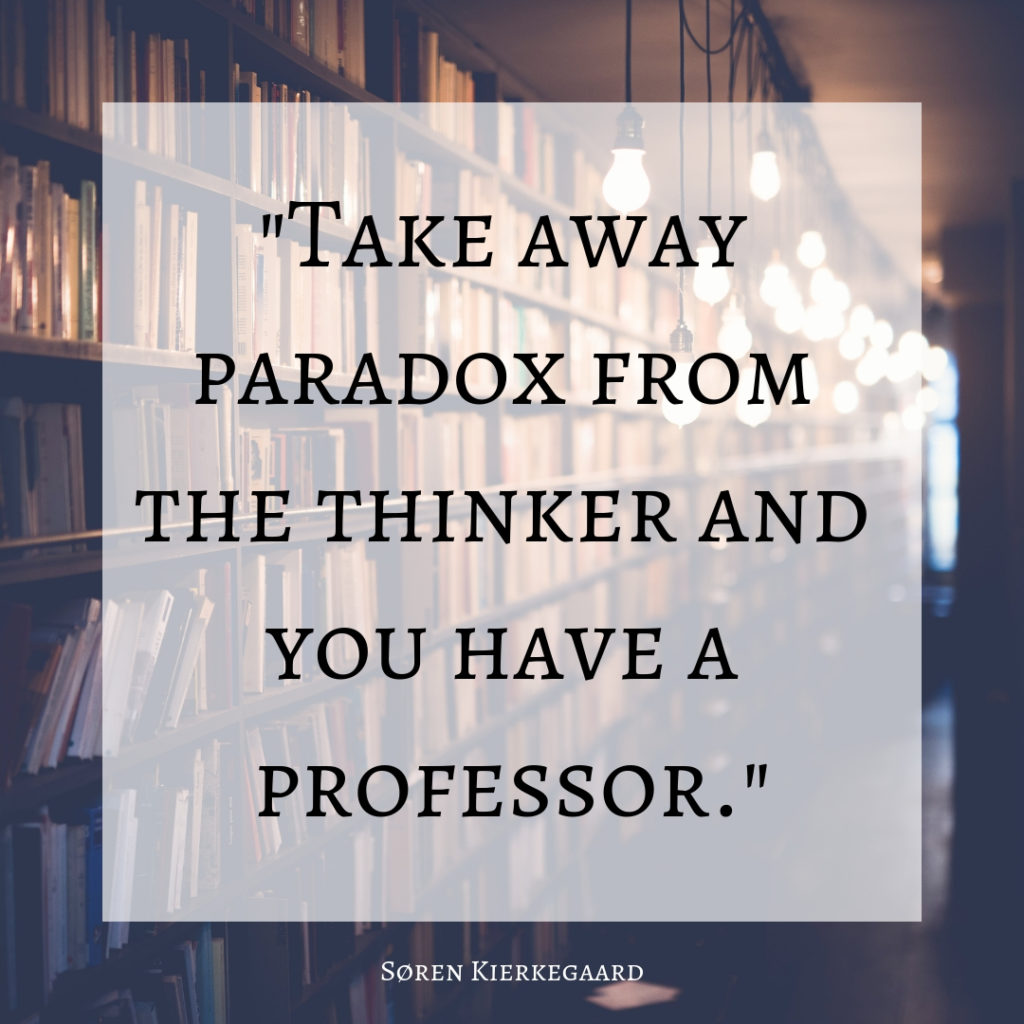 “Take away paradox from the thinker and you have a professor.”

“Not just in commerce but in the world of ideas too our age is putting on a veritable clearance sale. Everything can be had so dirt cheap that one begins to wonder whether in the end anyone will want to make a bid.”

“The paradox is really the pathos of intellectual life and just as only great souls are exposed to passions it is only the great thinker who is exposed to what I call paradoxes, which are nothing else than grandiose thoughts in embryo.”

Kierkegaard on Existentialism and Individuality 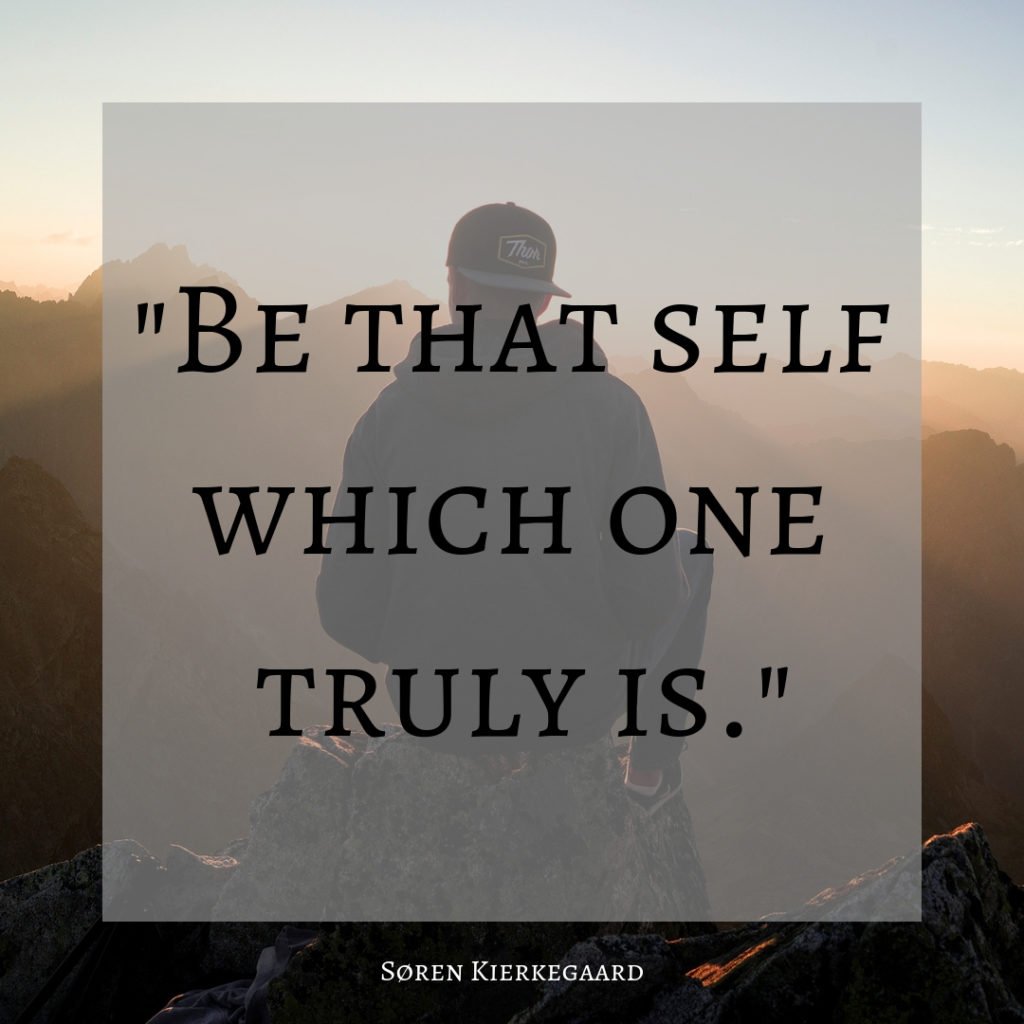 “Be that self which one truly is.”

“Once you label me you negate me.

“Boredom is the root of all evil – the despairing refusal to be oneself.”

“Personality is only ripe when a man has made the truth his own.”

“A man who as a physical being is always turned toward the outside, thinking that his happiness lies outside him, finally turns inward and discovers that the source is within him.”

“Because of its tremendous solemnity, death is the light in which passions, both good and bad, become transparent, no longer limited by outward appearances.”

“Concepts, like individuals, have their histories and are just as incapable of withstanding the ravages of time as are individuals. But in and through all this they retain a kind of homesickness for the scenes of their childhood.”

“It was completely fruitless to quarrel with the world, whereas the quarrel with oneself was occasionally fruitful and always, she had to admit, interesting.”

“I feel as if I were a piece in a game of chess, when my opponent says of it: That piece cannot be moved.”

“Far from idleness being the root of all evil, it is rather the only true good.” 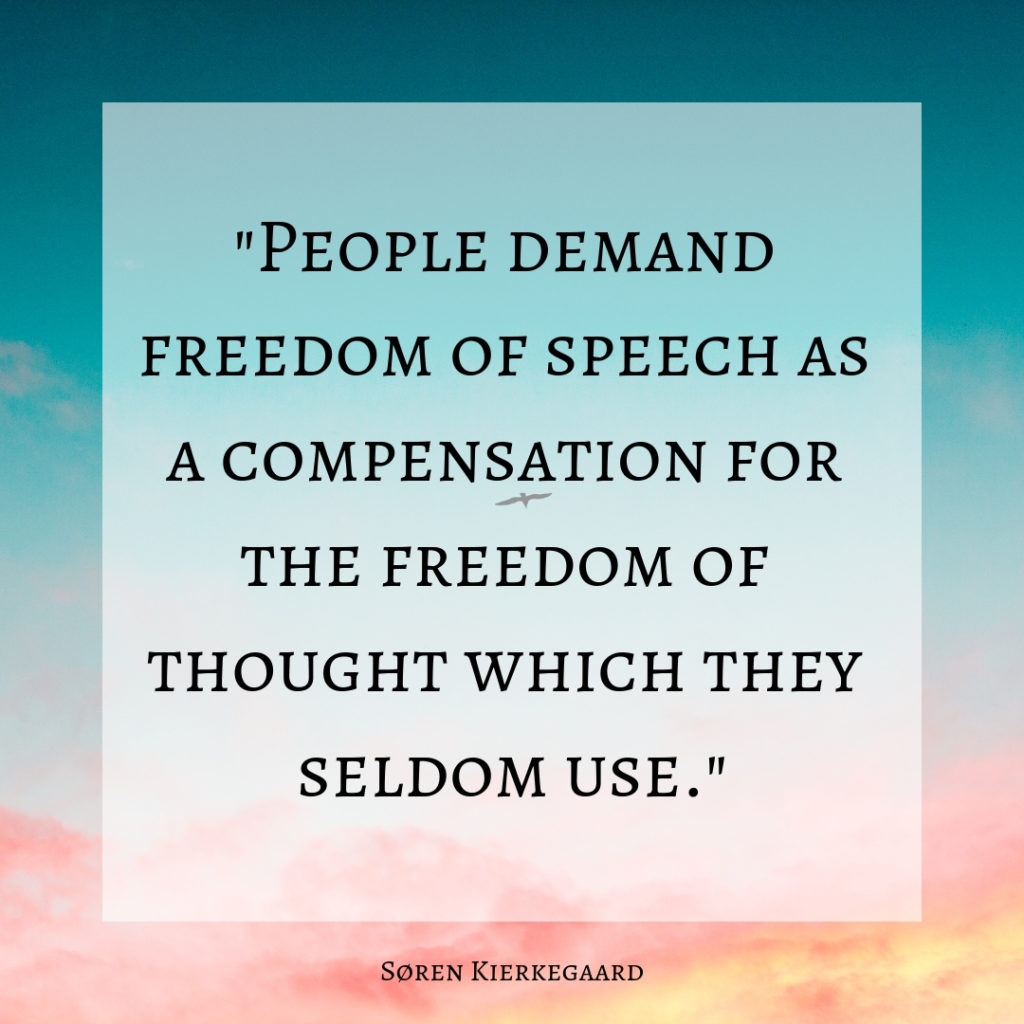 “People demand freedom of speech as a compensation for the freedom of thought which they seldom use.”

“At the bottom of enmity between strangers lies indifference.”

Find Out These 15 Ways to Be Someone Who Always Says, I Love my Life!